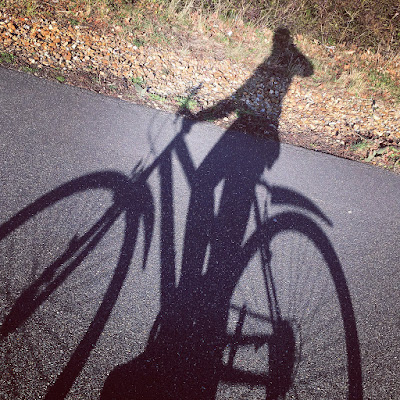 Two weeks ago I was forced to abandon a run for the first time. This wasn't due to feeling sick, or injury, or needing the loo ASAP; it was because of my stupid female innards. I don't know what was going on but about a kilometre into my planned 5km run, I developed an intense stabbing pain in my left ovary region. Every step I took made the pain jolt through my abdomen. I tried to run through it but I had to stop. I walked for a bit and the pain eased off so I tried running again but nope, my ovary was not having it so I had to give up. I don't know what is going on with my womanorgans. The doctor thinks it could be endometriosis but this can only be confirmed with surgery, but because my symptoms aren't life-interruptingly bad, instead they suggest going on the pill (no) or having a coil fitted (bigger no), or taking the "live with it and use painkillers when necessary" approach. My symptoms (and there are many that I'm not going to bore or horrify you with) do fit the endometriosis thing, but I wonder if it's not just the start of the finish, so to speak. Or maybe it's some hellish mixture of the two. Whatever it is, bring Marjorie Menopause the hell on, I say!

I decided to take a couple of rest days and I went out for a bike ride on one of them instead. That was a lovely 10km ride along the busway. It was sunny, breezy and chilly, but in all the correct ratios and I had a lovely time. 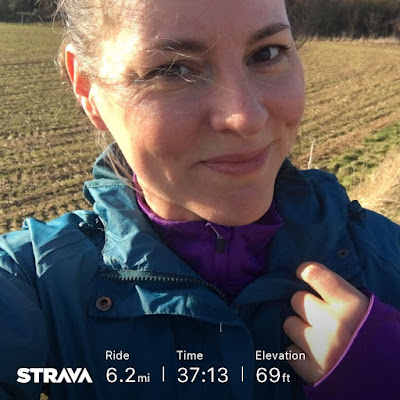 I've found that my parkrun marshalling spills over onto non-parkrun days and whenever I walk or cycle past a runner I give them a smile and a thumbs-up and tell them they're doing great. They probably think I'm just some nutter on a bike, but it seems to go down quite well if the appreciative high five I got from one runner fella is anything to go by.

Last Saturday's parkrun was really cold. The lakes were frozen over, as were any puddles. Milton Country Park did look awfully pretty in the morning sunshine, though. On Sunday I set out for a run. I was intending to do 8 or 9km, as long as my ovary department wasn't acting like a complete wazzock again. Fortunately it wasn't. But I didn't do 8 or 9km... I did 10! Ten kilometeres! Six point two miles! ME! I'd secretly wanted to achieve this by the end of February but it seemed like such a long way, and like some impossible goal, so I was very pleased when I actually went and did it. The buzzy feeling of pride and fuck-me-I-actually-did-that lasted well into the next day.

I took two rest days after that, which judging by hardcore Instagram runner standards is some horrendously lengthy recovery time, but it works. I'd rather have an extra twenty-four hours of no running than risk injuring myself and it turning into two weeks of no running. And anyway, I had the world's most boring books about social theory to read for my Archaeological Theory module so that is what I 'amused' myself with. Well, that and popping out for a walk whenever the theories of Karl Marx became too much for my brain to take.

On Wednesday I did my standard 5km run. I highly underestimated how cold it was outside and I went out in short sleeves and no gloves. The air was so cold it made my eyes water most of the way and I had to keep dabbing at my equally runny nose with a tissue. Yep, that's right, a tissue, because doing snot rockets, or spitting for that matter, is vile and I vow to never ever do it. If you disagree, come back to me when you've marshalled at parkrun and you've had to dodge the number of flying globs of snot or saliva that I have. (The number is a high one, and I've only volunteered five times.)

Remember I said I was going to try a different intervals podcast? Well, I did just that on Friday. I had a bash at the Guardian Guide to Running intervals podcast, which is the third episode in the Advanced series. It seemed a tad daunting compared to the C25K+ Speed one I've been doing but after my 10km run I was feeling confident. The podcast is a four minute warm-up jog followed by four lots of strides (15 seconds of strong running and 30 seconds of light jogging), and then 15 lots of run for a minute then walk or jog for a minute intervals. I did a gentle jog for the recovery bits.

I covered 5.6km on this run and I absolutely loved it. I felt like I'd really achieved something by the end of it, and not just because I was a red-faced sweaty mess, but because it gave me a huge confidence boost. I'd held back a little on the running sections of the intervals, worried that I was going to knacker myself out before the end of the podcast, but in actual fact at the end I felt strong and like I could have done another five intervals. Next time I will give the running sections a bit more oomph.

It was another chilly parkrun yesterday. I salute every single one of the 450 Cambridge parkrunners for braving the hard, frosty mud and the icy puddles.

There'll be no parkrun marshalling for me next Saturday for I have my first race. My Supernova 5K running number arrived yesterday. It's so weird to be the owner of a bib number. Next week I'll have to pin it to my front like one of those actual runner people, and I cannot wait. I'll let you know how it goes. 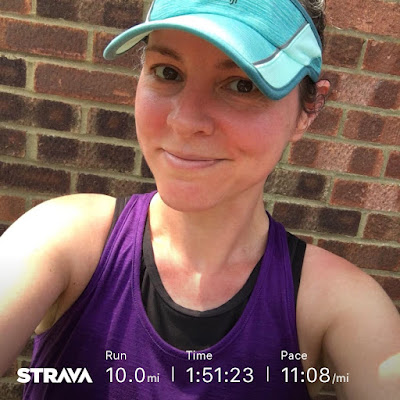 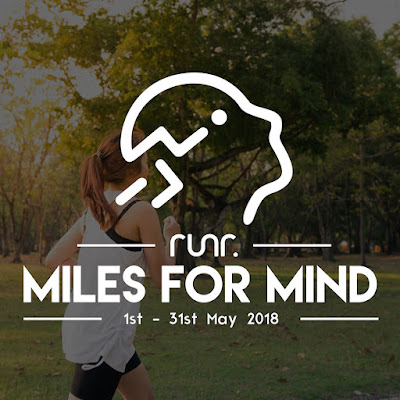 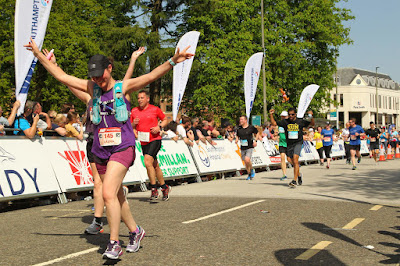